skip to main | skip to sidebar

These are a few of my favorite things 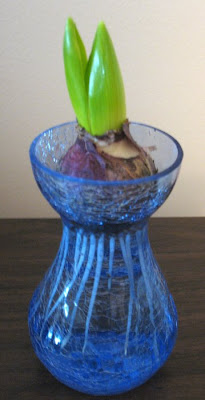 I am always amazed at how huge flowers come out of bulbs (and seeds.) It's so dramatic. I bought a bunch of hyacinth bulbs at Sloat Garden Center back in September. I also got this pretty crackled glass forcing vase. My helpful spouse, who needs to have everything put away at all times, shoved the plastic bag of bulbs into a corner in the shed. They sat there forgotten for a couple of months, until I discovered them. They are supposed to be stored in a cold dry spot. It was warm and they sweated inside the plastic bag and most of them had mold on them. I washed them off and left them out (horrors!) to air dry. Then I stored them in the fridge, where I had planned to put them in the first place. Most of them finally got planted in my front yard, where they are now pushing up spicy fragrant flowers.

I took this bulb out of the refrigerator just last week. After one day, it started to open up (see photo at top.) Now look at it one week later: 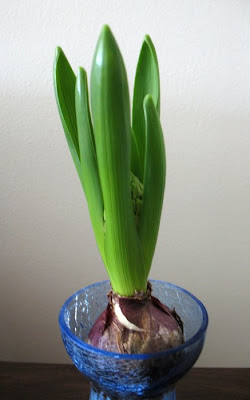 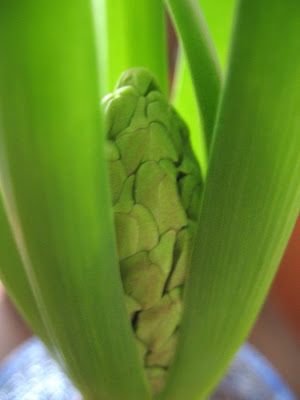 I was hoping this one would have blue blossoms, but it looks like it's a white one. They were in separate marked paper bags, but the bags disintigrated. I just can't believe that these little bulbs, which withstood so much abuse, are able to turn into such amazing creations so quickly. It's like magic. 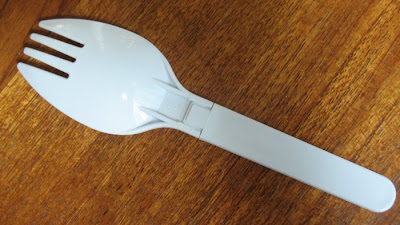 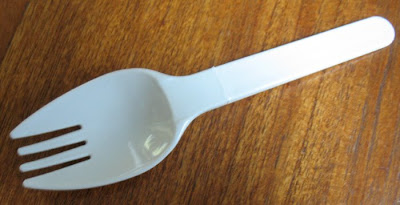 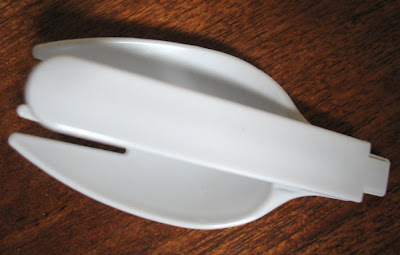 Here's another amazing thing. It's a folding plastic spork that came with my salad from Trader Joe's. Isn't it cool? Why didn't someone think of this sooner? It's so compact. You can put it in your pocket and sit down and it won't break. Cool. I would like to give the person who invented this a prize. 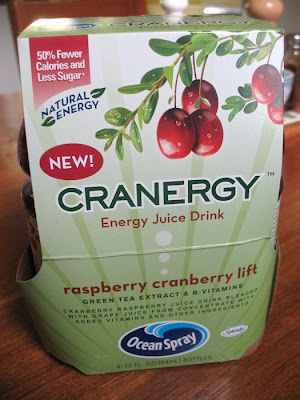 I love my Cranergy. I know I blogged about this before. Only 50 calories for 12 oz. and it tastes great. You should buy some so that they will keep making it and I can keep drinking it every day, ok? 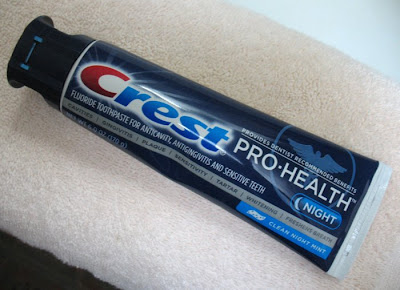 I switched to this Crest Pro-Health Night toothpaste last year after my dental hygenist Janice mentioned it. (I love Janice. She's the best. She was talking about retiring, but now...like everyone else, she lost a lot of her retirement savings...I'm secretly happy she's not retiring.) At the risk of sounding like a commercial...after using this stuff for 6 months and going back to have my teeth cleaned, both Janice and I noticed a huge difference...much less tartar. 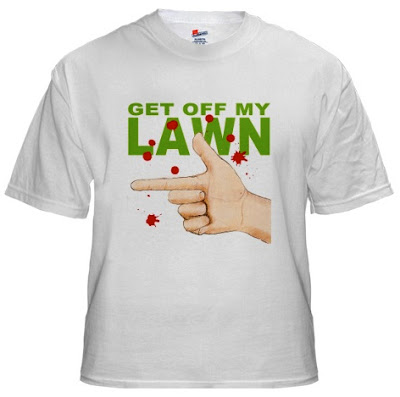 I designed some new t-shirts and put them up on my Cafe Press shop. Steve asked me to make these as homage to Clint Eastwood in his latest acting/directing project, Gran Torino. I didn't think I was going to like this movie, but I did. The shirts also come in a black version. Steve's boss Eric bought one today. He was my first customer. Having customers is one of my favorite things also.

Speaking of favorites, Steve put up his best 10 movies of 2008 page with his picks for which films will win the Academy Award. I am rooting for Slumdog Millionaire. As for my favorite star, James McAvoy, he was in two of the worst movies of 2008: Wanted and Penelope. Of course I went to see them, because well, it's James. (Even he can't always be perfect.)

I will let you know who the big winner of our Academy Awards contest is after Sunday.
Posted by Dorothy Reinhardt at 4:12 PM